Every now-and-then, a game comes along which seems to have infinite re-playability, despite it's simplicity. In 1984, a game just like that was released and it was called Sopwith. 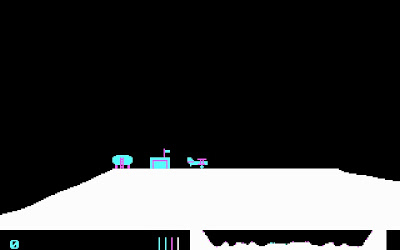 The player conrolled a tiny little biplane with speed and elevator controls. The aim of the game was simple, bomb the buildings and avoid getting shot down by other enemy planes. The bombs were huge, (triggered via the 'B" key of course) and they followed a graceful curve towards their target. The launch vector followed the trajectory of your plane, so you had to be careful you didn't launch it while upside down! 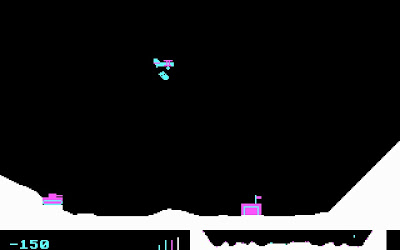 The game arena was surrounded by two large mountains at each end of the map, so you need to become adept at flipping a bomb into the corner of the screen, while executing a tight loop and rolling to continue on in the other direction! 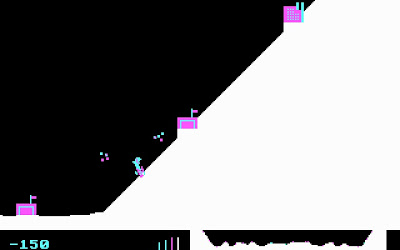 This was one of the few games I managed to finish. IIRC, once the last building or fighter was taken out, your Sopwith Camel (the biplane) promptly executed a tight turn and flew off into the screen, rewarding you with a great 4 colour sunset.
Posted by Simon Wittber at Thursday, February 04, 2010

Ahh.. I remember playing this on the one IBM compatible at my dad's office. They did actual work on VT100s hooked up to VMS running on a VAX machines (with droids and advent!). I dunno what the PC was actually for except Sopwith and Alley Cat.