Personal Challenge: Game in a Week

In my spare time this week, instead of building spaceships, playing games or even drinking beer... I will make a game for the Apple App Store using Unity3D.

Next Wednesday I shall announce my failure, or success.

Failure. The above bug sucked my will to code for at least two days, though Unity does appear to be behaving now.

What have I got to show for the weeks effort?

1. I know that terrain meshes run acceptably fast on the iPad in the 1500-2000 vertex range. Meshlab does an excellent job of reducing Unity Terrain meshes to usable vertex counts.

2. A reasonable approximation of a car engine, transmission and differential.

3. An objective / waypoint system for running a race around a terrain.

I will revisit this again later. Sad Face.
Posted by Simon Wittber at Tuesday, November 30, 2010 3 comments:

Such a Sad Thing.

Posted by Simon Wittber at Monday, November 29, 2010 No comments: 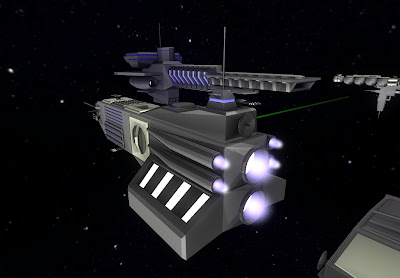 Inspired by something I saw in a wing commander poster today. Using a different toon shader altogether. I might stick with this one, it has cleaner edges. 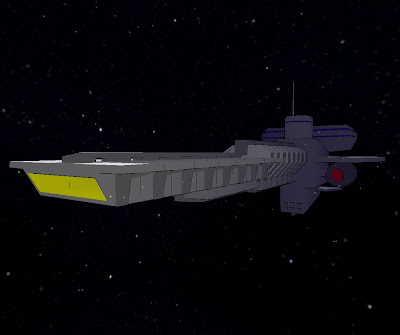 What is the point of a nice spaceship model... If you can't blow it up? Not too much I hear you say. Well, now I can blow arbitrary spaceship models apart! w00T! :-)
Posted by Simon Wittber at Thursday, November 18, 2010 No comments: I'm still working on the shaders. I added a toon lighting model which has definitely improved the lighting, but I'm not sure why my edges are so jaggy! Hmmm. 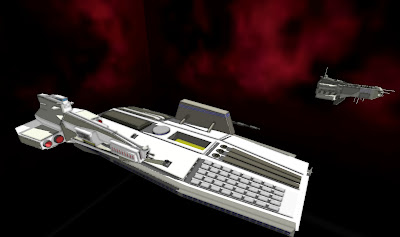 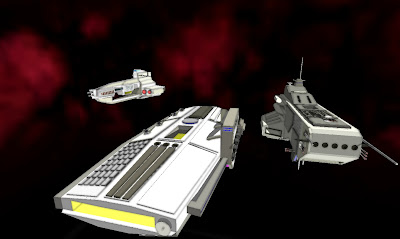 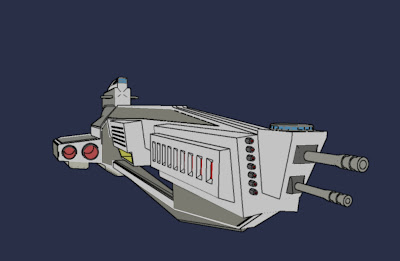 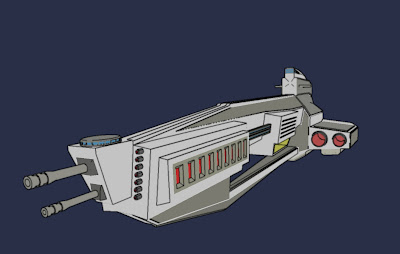 My spaceship is progressing. I've also tweaked the renderer to make it more cartoon like in appearance. What do you think? 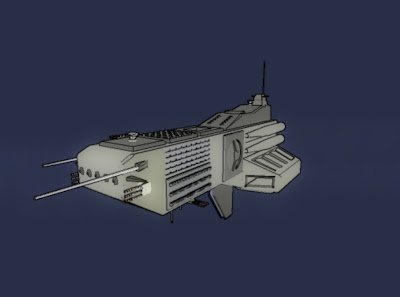 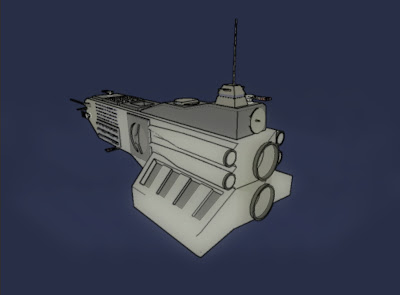 I'm experimenting with flat shading and full screen pixel shaders. What do you think? Would you buy this game? :-) 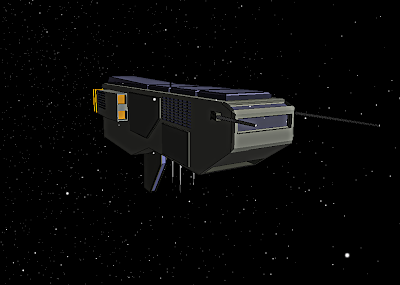 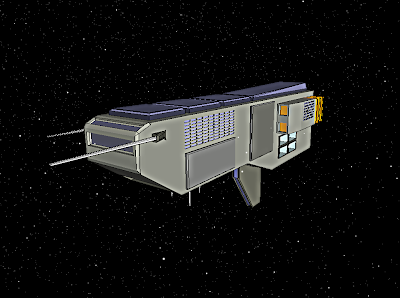 To fix, simply change the Character option in the import settings for the font to "dynamic". Problem Solved.
Posted by Simon Wittber at Monday, November 08, 2010 No comments:

HTTP Scoop from Tuffcode. Great tool, invaluable if you have to work with HTTP.
Posted by Simon Wittber at Monday, November 08, 2010 No comments:

Step 2. Surround all OnGUI method body code with methods BeginGUI and EndGUI from the below class.